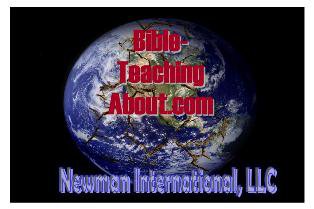 These next few chapters touches on the Tower of Babel, and the Abrahamic Covenant.

Genesis is the synopsis of the origins of nations. It is encapsulated in the last verse: 32. These are the families of the sons of Noah, after their generations, in their nations.

According to one commentary, “This division was made in the most orderly manner; and the inspired historian evidently intimates that the sons of Noah were ranged according to their nations, and every nation ranked by its families, so that every nation had its assigned territory, and in every nation the tribes, and in every tribe the families, were located by themselves.”  (From the biblegateway.com)

GENESIS 11: The Tower of Babel

Vs. 1-9 The story of the Tower of Babel: The people had one language and a common speech. They were one big ethnic group. First they discovered how to make durable bricks made of stone and tar. Then they decided to build a city tower that “reaches to the heavens,” – the first skyscraper! – so that they will “make a name for themselves,” and hopefully they can remain intact and invincible!

BUT – this is always the game changer – God who sees and knows, as a Trinity decided to defeat their purposes by confusing their tongues because God knew that man whose intents are evil anyways, will be harder to control once they acquire a mob mentality. As a result of the different languages, they were unable to complete the building project and they were scattered all over.

Vs. 10-26 describes the line of Abraham (originally called Abram). Terah, the great, great, grandson of Shem, Noah’s son was the father of Abram. Abram had 2 other brothers, Nahor and Haran who was the father of Lot. Haran died early. Terah moved his family from Ur of the Chaldeans to Canaan, but decided to settle in Harran where Terah died at 205.

1.  The story of the Tower of Babel proves once again how man is self-centered to the core and thinking of ways to run their own lives apart from God. There is no mention of a single man consulting with God.

2.  The story also proves that there is strength in togetherness which can be harness for good as well as evil. God decided to disband this ethnic group in to segregated ethnic groups with their own languages to “weaken” them so they cannot readily rebel against God!

3.  God is at work, not just as a casual observer to all that is going on, but is actively involved in history. He intervenes when necessary but also allows man to carve their own destiny – up to a point.

4.  God is always looking for man He can use to accomplish His purposes and Abraham’s family was placed on the spotlight for a special reason.

1. It pays to always consult with God.

2.  I can trust God that He is actively involved in what is going in my life and even in the world. I do not have to feel as if it all depends on me. God is sovereign and He is in control! Hallelujah!

3.  I need to walk ever so closely with Him because He watches me and cares about the decisions I make.

God thank you for reminding me this morning that I am not god! You are and you are so personally and intimately involved in my life and my world. I give to you my concerns about my family, the ministry. I want to walk with you and be used by you for your glory!

Vs. 1-3 God’s call to Abraham and the Abrahamic Covenant

God commands Abram to leave his country and go a land yet unknown. These are  God’s unconditional promises (covenant) to him (Abraham did not have to do anything to deser4ve any of these):

5.  Those who bless him will be blessed by God and vice versa – those who curse him will be cursed!

6.  All the peoples of the earth will be blessed through him.

Abraham is the Father of the Jewish nation, so God’s promise to Abraham was fulfilled in Israel. There is probably no name more honored next to Christ than Abraham. His name is definitely highly revered among the Jews. The Savior of the world, Jesus, will be from Abraham's descendants! Jesus is the fulfilment of God’s promise to Abraham that through him the whole world will be blessed (Galatians 3:8-9: And the Scripture, foreseeing that God would justify the Gentiles by faith, preached the gospel to Abraham beforehand, saying, “In you all the nations shall be blessed.” So then those who are of faith are blessed with believing Abraham).

As for God’s promise to bless those who bless Abraham and his descendants and curse those who do, this is what I found from David Guzik’s  Commentary on the Bible (http://www.studylight.org/commentaries/guz/view.cgi?book=ge&chapter=012):

This remains true today and is a root reason for the decline and death of many empires.

ii. This is also one reason why the United States has been so blessed. The United States was one of the first modern nations to grant full citizenship and protection to Jewish people.

iii. This promise has also affected the church. The times when the church took upon itself the persecution of the Jewish people were dark times not only for the Jews, but also for the church.

Observations Vs. 4-8  So,” Abram went as the Lord told him…” Just like Noah, Abraham obeyed, no questions, no arguments. He was 75 years old when convinced his wife and clan including his nephew Lot to packed, “all the possessions they had accumulated and the people they had acquired in Harran and move to “only God knows where” - literally. They all began the long trek to Canaan. God promised the land to Abraham, the only problem is Canaan is inhabited! When they arrived, God promised Abraham: “To your offspring[c] I will give this land.” Abraham honored God by building an altar there. From Shechem he moved his troop to Negev.

Interpretation: Abram’s trust in God and obedience was total and unwavering. There is no description of haggling and back-and-forth arguing between Abram and God. God says, “Go,” and Abram simply went, His response was immediate too, no dilly-dallying, or savoring all that he will be missing behind. No long goodbyes.

Observations Vs 10-20. There was a famine and Abram react in a way most of would, Without consulting God, and trusting God to provide for his needs in times of need, he moves to Egypt!

Just before entering Egypt, Abram taught they might encounter trouble when Egyptians see and lust after his beautiful wife Sarai. He instructed her to lie about being his wife. She was supposed to tell everyone that they are brother-sister instead. It worked. Egyptians started talking about this beautiful foreign woman and the Pharaoh heard about her. Suddenly, Abram was showered with all kinds of goodies – “sheep and cattle, male and female donkeys, male and female servants, and camels.” From what I heard just the camels were tons at that time. The Egyptian ruler wanted his favor so he can have Sarai!

However, bad things started happening to Pharaoh’s household. Suddenly the Pharaoh found out that Sarai was Abram’s wife! He was summoned in the palace and castigated and was asked to leave. This seems to be a fulfillment of God’s promised to watch out for Abram and his people. That they were not thrown in jailed or punished is surprising.

Abram had a lapse in faith. Instead of trusting God to supply his needs or help him in time of trouble he stepped out of God’s will. In so doing, he and his family were put in a dangerous situation. He improvised as he went on, influencing his wife to lie. Sarai did not protest and obeyed. God was able to redeem the situation and in the end, Abram came out of Egypt loaded with much needed supplies.

1. God plans and seeks people through whom He can execute His plans and purposes. Abraham, like Noah was such a man. He obeyed God and God started making good on His promises. We should always be on the alert to do His bidding. New Testament Christians as under the same promise to Abraham. We are an object of His unconditional blessings because of Christ, Abraham’s offspring.

2.  Instead of making decisions born out of panic and worry, I need to go learn to seek God – His direction and provisions. It is almost always true that I get in trouble more when I go it all alone believing I can simply solve my own problems on my own. God is good in that He can and does redeem the results of my bad decisions for good, but often not without heartaches and pain. For example, I accepted the job and went to work as a knee jerk reaction to my panic about our lost income. I was miserable but God used the situation to solidify in my heart the need for me to focus on ministry. Why do I wait until I am in a miserable to run to Him? Hmmmmm. Trust Him AT ALL TIMES IN ALL SITUATIONS! He is FAITHFUL!

Have your say about what you just read! Leave me a comment in the box below.

MISSION OPPORTUNITIES: WE NEED YOUR HELP!!!

To give towards this ministry, click the DONATE button below and follow the prompts. You do NOT need a PayPal account to give. Newman Ministries International, Inc. is a registered non-profit organization 501(c)3, and your gifts are tax deductible as the law allows.